Scenic 30A had a breakthrough year for Luxury Real Estate in 2011. There were 34 homes that sold for over $2 million and a staggering 7 homes selling over $4 million. The top 3 most expensive homes sold on Scenic 30A all were in Rosemary Beach and were $7 million and above. In fact, Rosemary Beach was hands down the clear winner for the most sales of ultra luxury homes on 30A with 11 homes sold over $2 million!
2011’s Most Expensive Luxury Homes list surpassed the Most Expensive Home List of 2009 and the Most Expensive Home List of 2010. The #2 and #3 homes of 2009 and 2010 would not have made the top ten list of 2011! 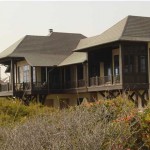 124 Hope Town Lane was the most expensive transaction on 30A for 2011. This magnificent gulf front home in Rosemary Beach has an interesting history. The original home was built in 2001 and was purchased for $7.8 million in 2007. It was then torn down and a brand new home was constructed in 2009 and sold for $8.1 million in 2011! This gulf front icon in Rosemary Beach is 5 Bedrooms, 5 Baths and 5,200sf. 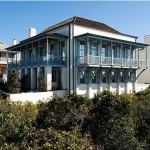 78 South Green Turtle Lane was a “Southern Accents” featured home and our top luxury pick for July 2010. This amazing 5,484sf gulf front home sits on an estate sized lot in Rosemary Beach. The home was recently renovated in 2008 and is a designers show house. This Rosemary Beach home has 6 Bedrooms and 6.5 Baths and sold for $7.33 million. 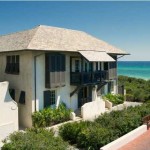 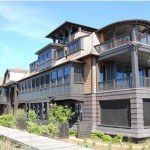 113 South Founders in WaterSound Beach was touted as the most spectacular gulf front homes in Northwest Florida. This incredible home was originally listed for $12 million in 2008. This home was a top luxury pick in October 2009 when it was listed for $9.9 million. This WaterSound Luxury Home is perched high atop a dune structure with incredible 180 degree gulf views. At 6,619sf this home is massive with 7 Bedrooms, 7 Baths and 2 Half Baths. Built in 2009 this home sold for $5.7 million in November 2011. 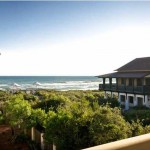 Another incredible home in Rosemary Beach. This custom designed home was built to comfortably accommodate a large family and take advantage of its incredible gulf views. This is the most expensive non-gulf front property to make our list. As with most of the big transactions in Rosemary Beach, there is a good story…the purchaser of this home was the seller of the #3 home on our list! Built in 2005, this 5,544sf home has 6 Bedrooms, 6 Baths and 1 Half Bath. 20 Cartagena Lane sold for $4.75mil in July 2011.

Most Expensive Short Sales and Foreclosures Sold on 30a for 2011

Most Expensive Homes for Sale on 30A and Destin

Did you know the hottest homes for sale in South Walton often sell within days of being listed? Don't miss out! Set up your own custom property alert so you can be notified of the newest homes as they hit the market! Simply click the button below and choose the qualities that you want most in a home and save your search to start getting alerts today!

As local South Walton Real Estate Agents we also have access to homes before they hit the market and can show you more homes and information that are only accessible in the MLS. If you would like to set up a time to go over your real estate needs, please free to contact us at your convenience. There is no obligation and or pressure... we hope to hear from you!

Many people have been wondering what the new development next to Alys Beach is going to be. After many years of speculation and anticipation, KAIYA Beach Resort is releasing to the market presales of their Founders Villas. The developer will be releasing 3 Villas on Founders lots starting on June 23rd, 2018 in this brand […]

2017 raised the bar again for our annual Most Expensive Homes Sold list representing a large increase in the demand for luxury homes along scenic 30A. Once again Rosemary Beach is top of the list; however Seacrest and Santa Rosa Beach represent a large portion of the list. This year’s most expensive home at $12 […]

It is illegal to discriminate against any person because of race, color, religion, sex, handicap, familial status, or national origin.